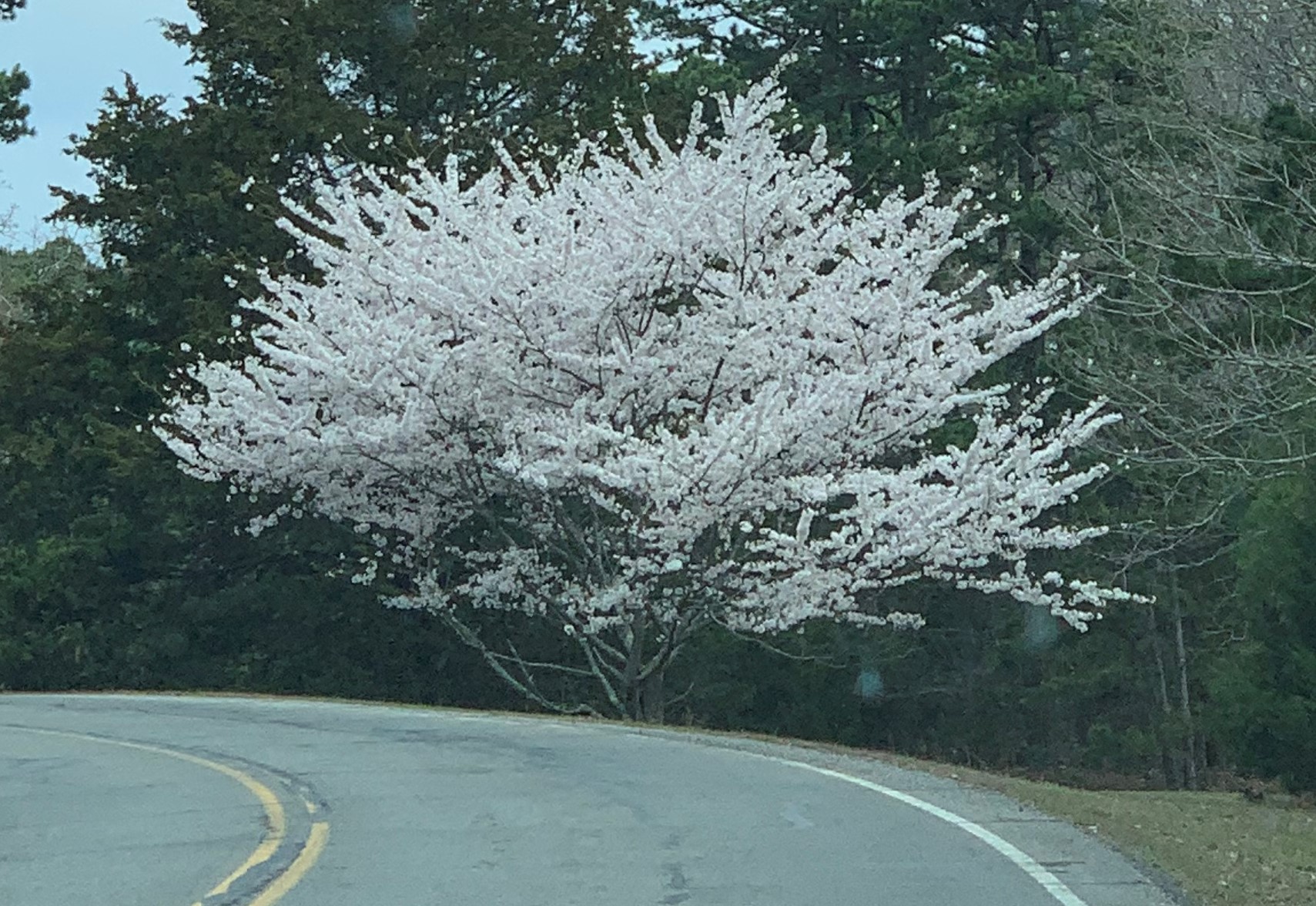 We recently visited Fairfield Bay, AR, which is in Northcentral Arkansas located North of Greer’s Ferry Lake. We visited the location so that Christine could get some training for her upcoming 200+ miler Triple Crown in the hills/mountains of AR. There are a number of activities to do outside (especially during the warmer months) including lake time and sports, hiking, ATVing, golf, etc. As it turned out, there were over 90 miles of trails for ATVs that she was able to run on in the area. We also visited and hiked some of the local sites.

While Christine ran every day that we were there, I worked all day most days. Two days were an exception. Wednesday of the week we were there, we went kayaking and hiking. Then Saturday, the day before we left, we did a circuit of hiking at various places around the lake.

The first activity we did was on the Wednesday that we there. We rented a double kayak and headed out across Greer’s Ferry Lake to Sugar Loaf Mountain National Nature Trail. Round trip the kayaking was over 5 miles. While we kayak pretty regularly on our lake in OK, that was our longest one. There was a mountain out in the middle of the lake that you could hike around and then hike to the top for some excellent views. Here are some of those views:

Indian Rock House is right by a golf course and is right in Fairfield Bay. We hiked around the trails to see caves and rock cutouts in this area. It was not a long trail but was good for a nice short walk. The main cave/rock cutout had original native symbols cut into the stone. Very pretty.

We visited Indian Falls trail and it was really pretty. There were several different falls here. This one may have been one of my more favorite areas and it was very near where we stayed. The hike was not a long one. There was a smaller fall but the path kept going so we did too. That was fortunate as a much bigger fall and then a smaller fall was at the end of the trail. So very pretty. There was even a bench at the big fall just to sit and enjoy it for a bit.

Bridal Veil Falls was a set of falls that had some really pretty views. One fall let you go behind it. There were a lot of people that were at this trail so it wasn’t quite as convenient. . .but it was a Saturday when we went here.

The same day we visited Bridal Veil Falls, we also visited Mossy Bluff National Nature Trail and John F. Kennedy Memorial Overlook. These two areas are on opposite sides of the same dam on Greers Ferry Lake. Humorously, we weren’t organized enough to visit them one right after the other. Rather, we did one, drove to Bridal Veil Falls, and then realized that the another place we wanted to visit was right back where we started. So much for being organized.

So, we also hiked another Sugar Loaf Mountain over in Heber Springs (different from the island Sugar Loaf Mountain in the middle of Greers Ferry Lake. . .AND different from Sugarloaf Mountain down by Hot Springs, AR. . .Arkansas, do we need to work on your creativity in naming things?!?). This had a trail around the mountain which we hiked. There were people up on top of the mountain but we were uncertain of how to get up there and weren’t really up for any real rock climbing through crevices, etc. So we just hiked around and then went to get some dinner at a great BBQ place within site of Sugar Loaf (in fact we sat outside at the restaurant facing the mountain and could see people on top of the mountain from the restaurant).

All in all, a great week in Fairfield Bay/Heber Springs, AR!